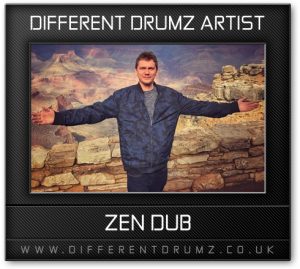 Kai Norton (Zen Dub) Producer / DJ based near Glastonbury in South West England. Producing for over 5 years experimenting with various styles including Drum & Bass / Dubstep & Ambient he has created his own signature Zen style of music.

Zen Dub has been a good friend of the family here at Different Drumz since we first started working with him a while ago and he got involved with our podcast series and its great to now have him involved with the label as part of the Different Drumz Family too. If you have not already make sure to check out ‘Zen Dub – Different Drumz Podcast Episode 10‘ with a exclusive mix and interview from the man himself.