We are very proud to introduce a fresh new mix series ‘The French Connection‘ exclusive only to Different Drumz Radio! This mix series includes a range of fresh and varied mixes from a hand picked selection of our favourite French DJ’s & Producers that will include a range of styles from Atmospheric Jungle / Breaks to soulful Liquid dnb, deep beats and absolute bangers!!

All of these exclusive mixes will be available for free download and to stream via this page with full track lists & artist details after they been broadcast live right here on Different Drumz. 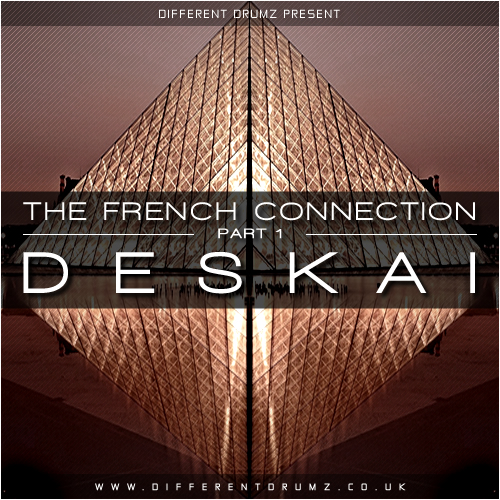 A little more about Deskai…

Oliver Reissig also known as Deskai, Synox, Dubaxis and Spasmik is a versatile producer, DJ, drummer and mastering engineer originally from Paris, France and based since 2012 in Berlin, Germany.

His great fondness for the music and club scene of the 1990’s has inspired him to produce and mix tracks influenced by this legendary period in music history. To bring the masses a fresh sound created with an old school style, yet with new production techniques, has driven Deskai to continue on his path as both creator and lover of music. 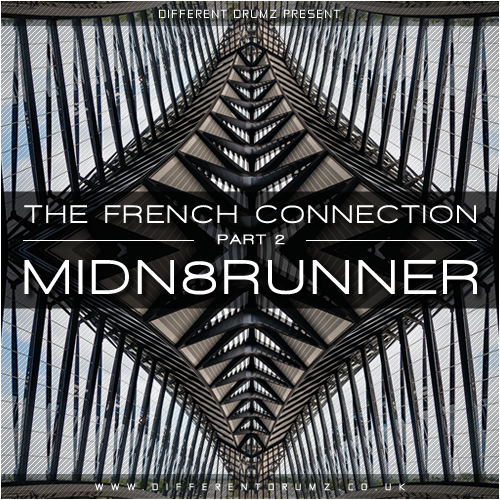 Next up we have a fresh new drum and bass mix from another top French artist that is smashing it at the moment; Midn8Runner  [Liquid Tones // Soul Deep Recordings // Rust Out Records // DNB France // Chillax Trax // DNBB Recordings //  Hyper Activity Music] 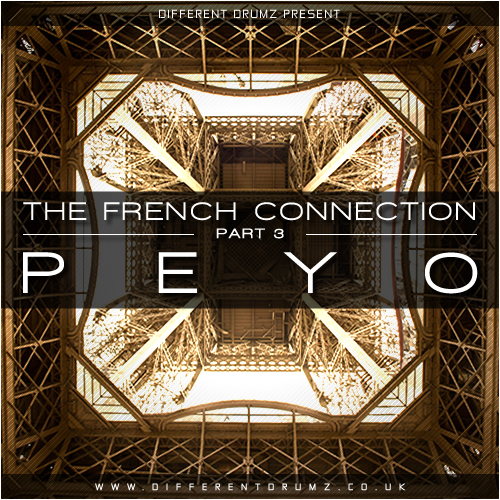 A little more about Peyo…

For ten years he ran his own radio show on the French airwaves while making guest appearances on the BBC Radio 1 shows BAILEY’s ‘INTABEATS’, FLIGHT’s ‘NEXT CHAPTER’, and Fabio and Grooverider’s show.

PEYO doesn’t limit himself to mixing drum and bass. He also expresses his creativity by producing Half Beat, House, Garage and more.

Though his musical universe is deeply rooted in Hip Hop, Soul and Deep Funk, he keeps an open mind when exploring new and original sounds and is constantly looking to expand upon his vast repertoire.

PEYO’s currently working full-time on his new productions, aiming to design a new and re- vamped sound that will surprise and inspire his peers. 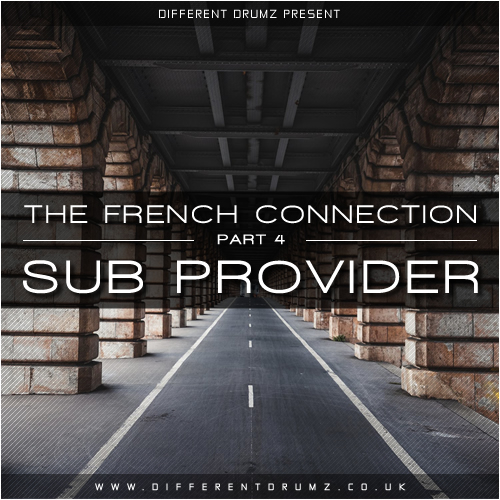 We roll into part 4 of the French Connection mix series with another sublime dnb mix from Different Drumz resident artist Sub Provider. This is a quality little mix featuring tracks from some top artists in the scene including Blu Mar Ten, Naibu, Halogenix, Mako, DLR and more… 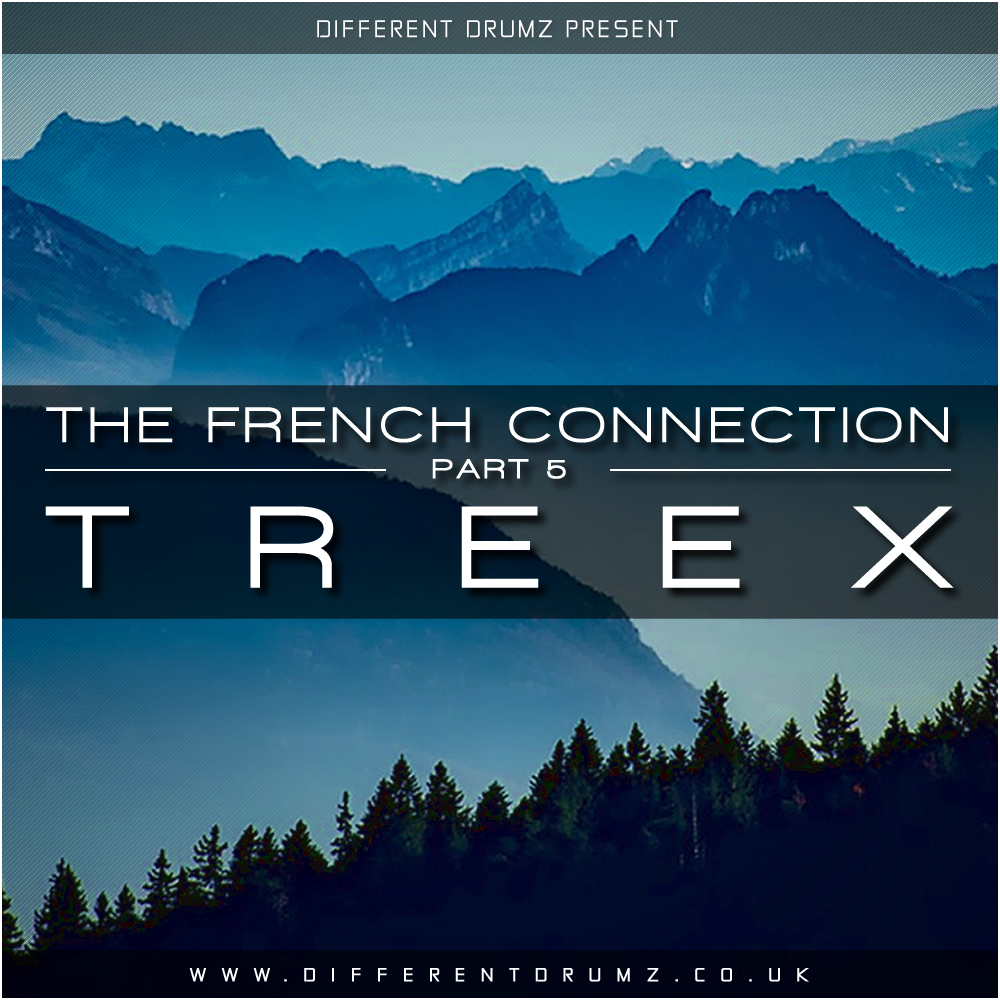 Part five of The French Connection mix series sees the return of  Treex to the Different Drumz airwaves with a varied yet solid mix of soulful liquid and rolling drum and bass beats with tracks both old and new from the likes of Malaky, Redeyes, Silence Groove, LSB and more including some fresh new tracks from the main man himself!

A Little More About Treex…

Born in 1984 and based in Paris, Brice aka Treex is an active member of the french Drum & Bass scene since about 10 years, we have seen him alongside many crews like Amplitude, EN2, Exploration, DNB France and Quality Lab.

Initially influenced by Techno and the cold, industrial atmospheres of Neurofunk, he starts production in 2011 and prefers Liquid Drum’n’Bass to express himself ; thus he can pick his boundless musical culture between Soul, Funk 70’s and US Jazz ! He’s been signed on Soul Deep recording since 2013 and released his first album ‘Gentle Side’ in late 2016, playlisted by LTJ Bukem, Patife & John B.

Notice that he also manages the organisation of Liquidz Spirit events and podcasts with his crew, Bass Please, highly active in Paris since 2016. In 2019 he will launch a new EP on Offworld Recordings ! Stay tuned… 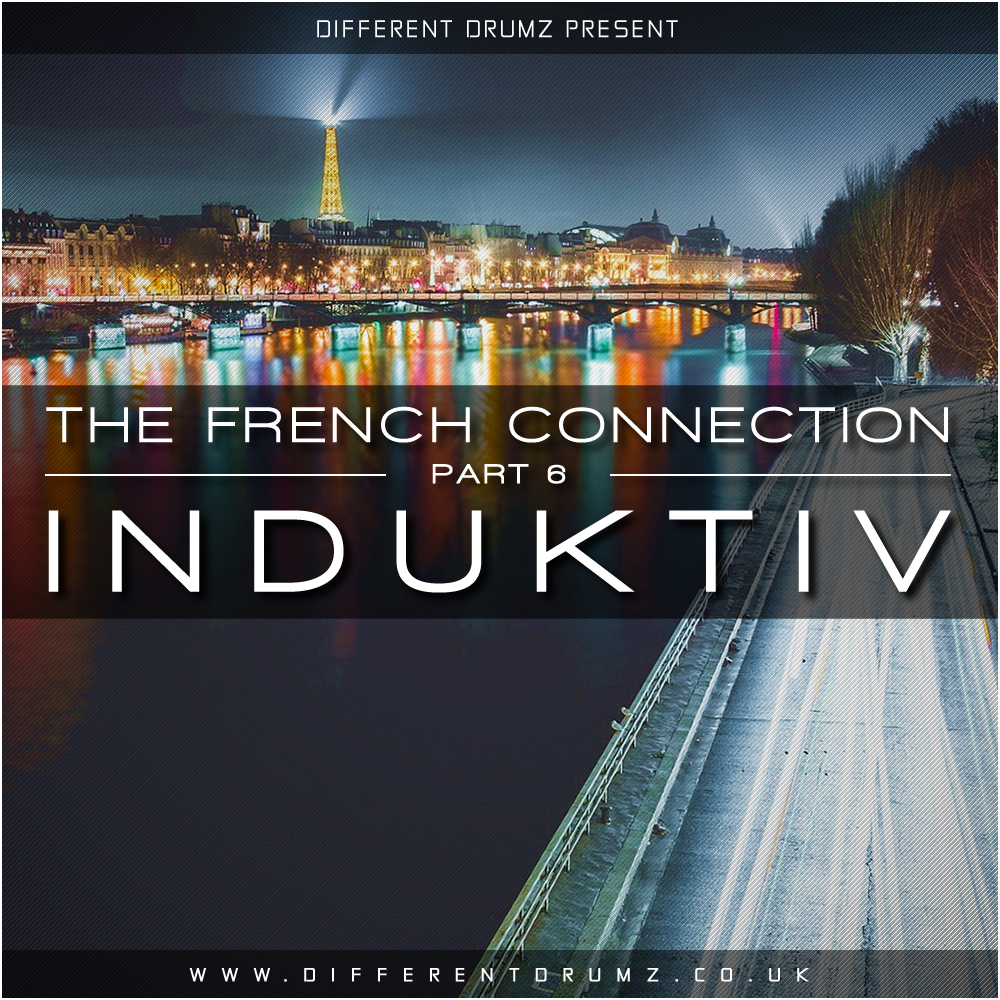 The French Connection mix series continues with another beautiful liquid drum and bass mix from yet another very talented French artist, we are very proud to introduce the sixth part of the mix series  from ‘Induktiv‘!

This mix features one hour of pure vibes  and includes tracks from the main man himself and other well known artists like Malaky, Basic Forces, LSB, RoyGreen & Protone, The Vanguard Project, Loadstar & more…

A Little More About Induktiv…

Installed since 2014 in the Paris drum’n’bass scene, Induktiv has since continued to mark its presence as well known producer, with unexpected and remarkable remixes (Lorenzo / Daler Mehndi) and as DJ, sharing the stage with the big artists like AMC, Smooth, Rene Lavice & Teddy Killerz  with the ‘Get In Step‘ events in Paris. Today, under the name of his crew “Liquidz Spirit” he proves once again that he isn’t about to stop.

As showcased by this fresh new exclusive mix, he has multiple influences mixing liquid, deep, neurofunk, but also some classics and other chart topping tracks of the moment that will make you travel to the heart of the genre between sweetness and powerful double drops. 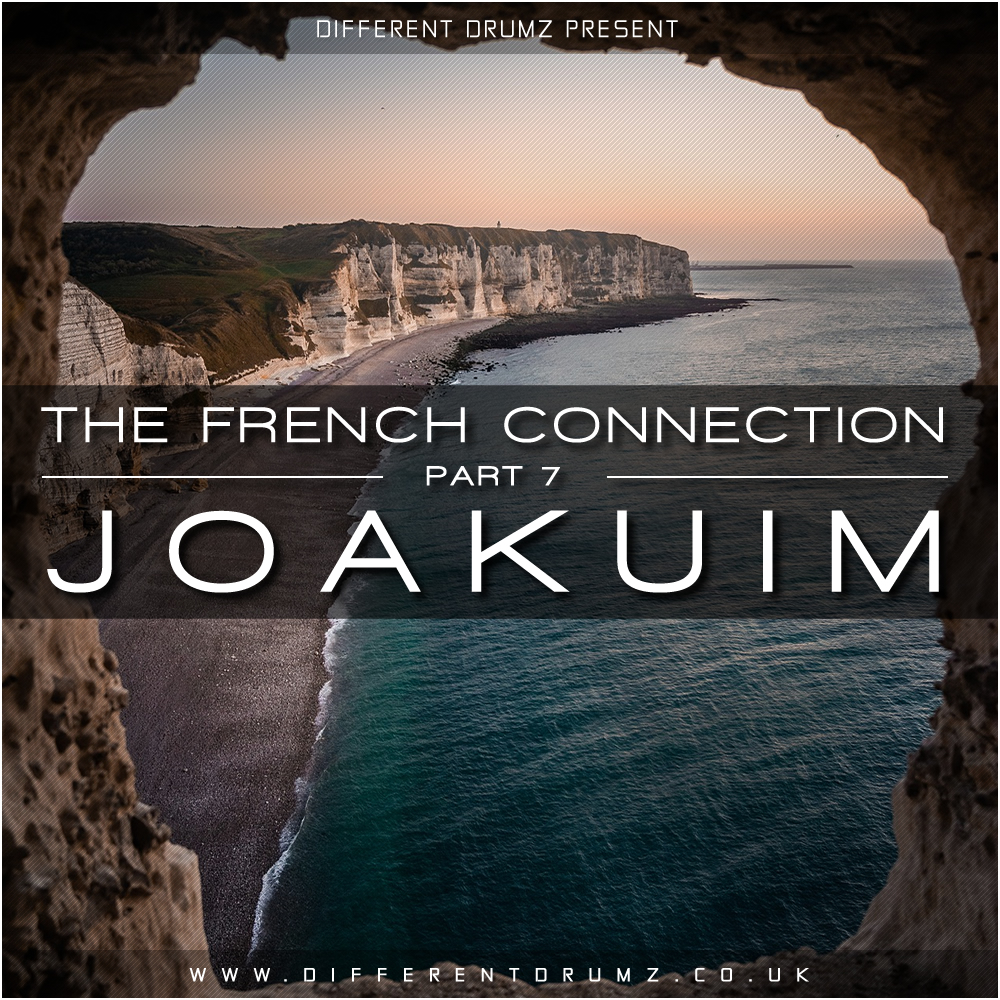 Part 7 of The French Connection mix series sees another friend of Different Drumz and well known french liquid drum and bass artist getting involved and trust us when we say you are in for a treat with the next contribution to the mix series from ‘Joakuim‘ [Fokuz // Different Drumz Recordings // Influenza Media // Soul Deep // Soul Ridaz // Celsius].

This time round we have a quality improvised mix with no less than 1hr and 30 mins of pure vibes! This mix was totally ‘off the cuff’ and includes tracks on various formats including MP3, Vinyl and CD’s so unfortunately there is no track list with this one but you will not be disappointed…

A Little More About Joakuim…

Joakuim is from Marseille. He started music when he was a teenager. He’s a producer who likes deep and Jazzy atmospheres, but is not limited to D&B. He composes more chill tracks but also music for documentaries. His sound is smooth and delicate with an atmosphere sometimes mystical, exciting! He has been producing for a long time and has been signed to many labels such as Fokuz, Intrigue Music as well as contributing a beautiful remix for ‘Lurch – Energy Is Paramount EP [Remixed]‘ that was released right here on Different Drumz Recordings. He also created and runs his own label: Sable Noir Recordings since 2016. Living in Mexico in recent years, we took advantage of his return to Paris to invite him to get involved with our ongoing project ‘The French Connection‘.

More parts to this mix series will be added soon and this post will be regularly updated so make sure to come back soon & watch this space….