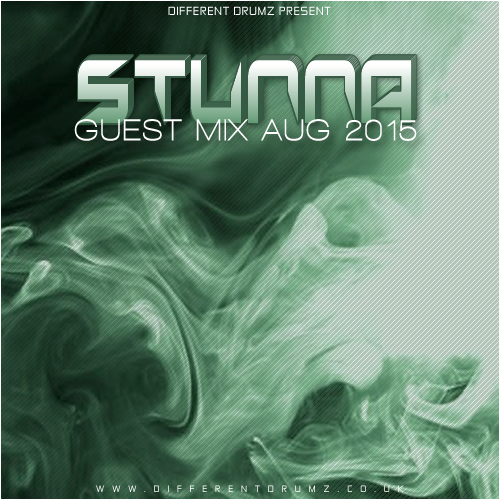 We would like to say a MASSIVE thanks to Stunna for this exclusive guest mix created especially for the team here at Different Drumz / Bluezik Beats that was featured live on air with Magenta, it was a real pleasure having you on the show!

A classically-trained keyboardist and working musician based in Chicago, STUNNA (aka J. Cappo) has crafted his own unique sound within the fast-paced world of Drum + Bass music. With a number of strong releases on various high-profile labels coupled with a solid Stateside and international touring schedule under his belt, this Grammy-nominated, URB Magazine ‘Next 100’ producer and host of BASSDRIVE Radio’s popular weekly ‘GREENROOM’ show is determined to spread his own sound as well as exclusive tracks from talent around the world. As his prolific catalogue of solo productions, collaborations and remixes has gained global support from DOC SCOTT, LTJ BUKEM, FABIO, MARKY, LOXY, NOOKIE, BIG BUD, MARCUS INTALEX, CALIBRE…