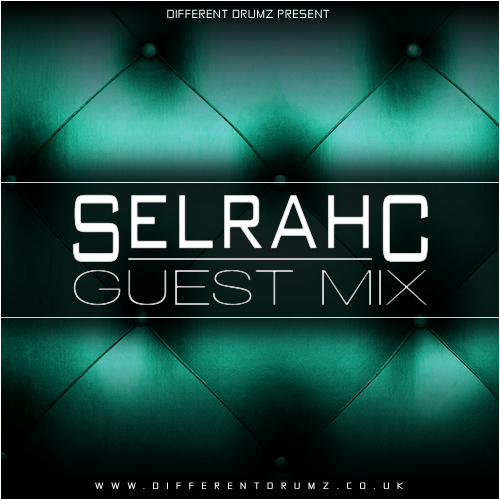 Here we have another new and exclusive dnb mix, this time from Seattle based artist Selrahc.

Selrahc has been mixing records since 1997. He got his start behind the decks in Abilene, Texas of all places.

Originally he was a Hip Hop dj but his love of Industrial music influenced his decision to play Jungle/Drum & Bass. As time progressed so did his ability behind the decks. He is known to play on 3 or 4 turntables at once and incorporates scratching and quick mixing during his live sets.

Over the years Selrahc has lived in Texas, Okinawa, Japan, Omaha, Nebraska and most recently Seattle, Washington. He frequently plays at Drum & Bass Tuesdays, the longest running Drum & Bass weekly in America. Not satisfied with just being a dj, Selrahc began writing tunes in 2010. His sound is a bit minimal, a bit techy, and a bit liquid but 100% Drum & Bass.

Recently, Selrahc collaborated with fellow Seattle native Drum & Bass DJ/producer Simpa and they released “Compounded” on Violation Music as well as “Close Call” on Minority Recordings. Be on the look out for more from this guy!