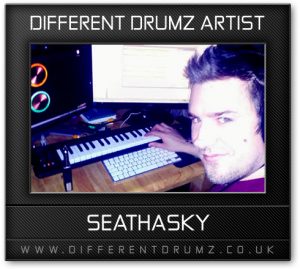 Seathasky is the production name of USA based Producer/DJ Matthew Centonze. Mostly known for his liquid/tech DnB music.

Seathasky is signed to various record labels including Scientific Recordings, Connessione Recordings (Seathasky’s own label), Rotation Deep, Urban Chemistry, Absys Records, and Mac 2 & Offworld Recordings being his exclusive Label for his first Album release “The Past in My Mind” and for most his main releases.

Seathasky has been a DJ and had live radio shows on various online radio stations Including Bassdrive and Atomic Vibez Radio & is now looking to the future with Different Drumz.

Seathasky presents ‘The Late Night Show’ Live on Different Drumz every Sunday 12PM-2AM(GMT) make sure to check him out!