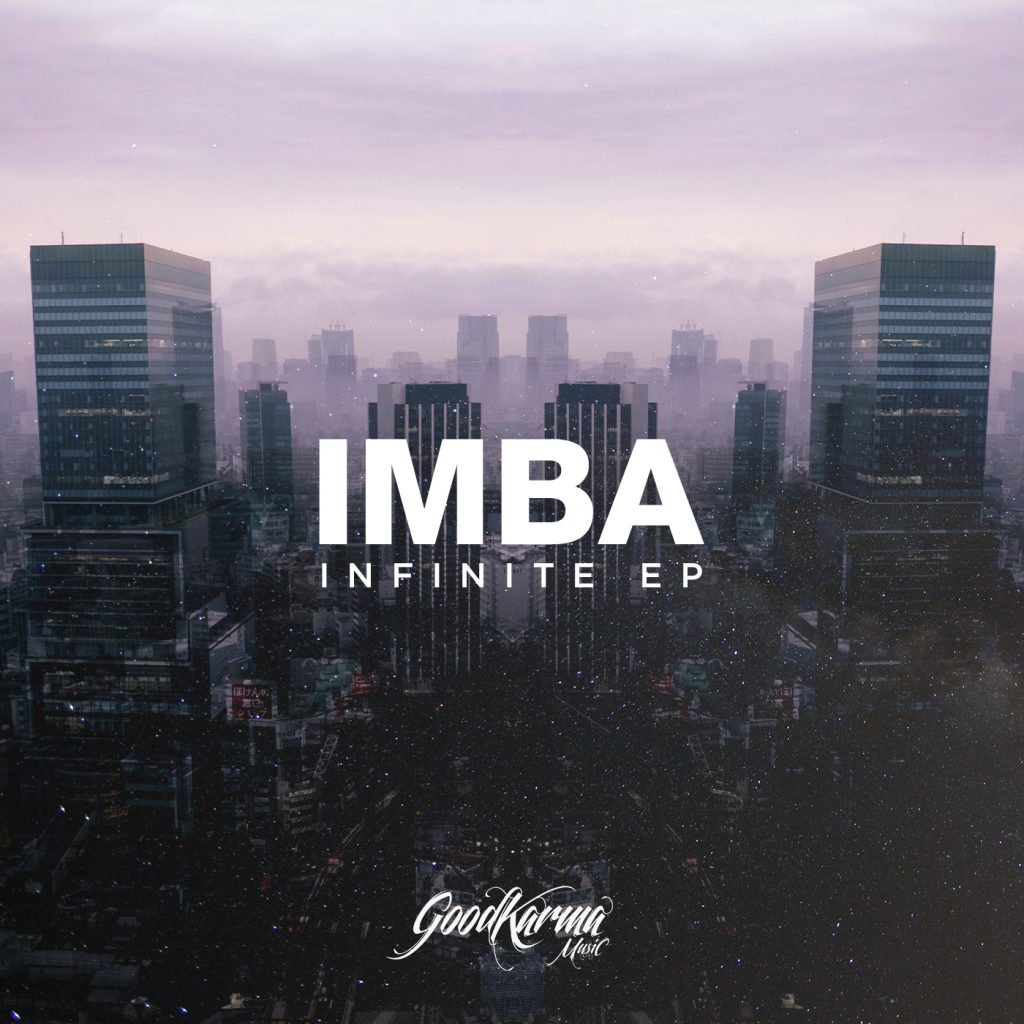 Imba’s story started when he began pouring over the many genres electronic dance music had to offer. It was here he found a home within drum & bass, having perfected his craft over the past two years and taking influence from a multitude of definitive artists, from Technimatic to Koan Sound. His diversity and creative draw comes from a vast musical knowledge, a knowledge he created whilst meticulously expanding his record collection, as well as his own back catalogue with every stellar cut he’s followed from his first release.

Already being pedestalled by the scene’s most exciting independent imprints, Imba returns to Good Karma Music for a four-track EP that’ll highlight his impressive musicality. With his first notable output on the Perth based label, the ‘Infinite EP’ is certainly a return to form. Its complexly designed landscapes and stunning textures pull you into the deep, liquid vibes he rules supreme over. A stark testament to his ingenious production capabilities and viability as an upcoming drum & bass artist, he manages to capture the soul of more intimate productions whilst catering to the heads.

Opening track ‘Feel You’ draws your synapsis in with pitched up synths and floating, ethereal samples. Metallic breaks add a foreboding overture to its carefully layered intro, before the track cascades into scuttling percussion and escalating tones. A fresh take on the otherwise delicate sounds of liquid, Imba demonstrates why he’s been pushed into the forefront over recent years. Title-track ‘Infinite’ follows suit, a collaboration between Leah Costello and Octo Pi. With beautifully distorted vocals drifting between the intricately manufactured mix, each pad takes you higher and higher into its moody breakdowns. Once again, it’s a play on the traditional, uplifting liquid record.

Finally, ‘Starlight’ and ‘Dynasty’ close the already stunning collection of tracks. Whilst ‘Starlight’ is an upbeat, percussive roller which features littered note arpeggios and a drivingly winding bassline, ‘Dynasty’ brings producer Tremah on board for its combination of wooden instrumentals and explosive bass. Together, they further solidify Imba’s presence within the circuit. By adding yet another two strikingly honed records which prove a timelessness in his production standard.

This release is due out on Good Karma Music in all major digital stores on September 18th with a beatport exclusive release out on September 4th!