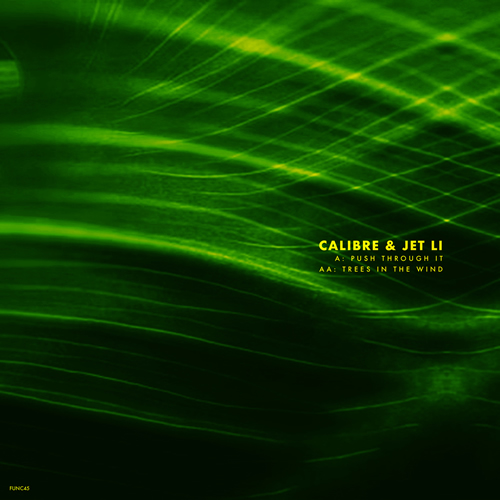 Dominick Martin aka Calibre is responsible for some of the most beautiful and sublime tracks in drum & bass. Releasing on the most distinguished labels, including his own ‘Signature Recordings’, Calibre’s distinctive sound has progressed taking on elements of jazz, funk, dub and techno whilst losing none of its soul.

Brian O’Sullivan aka Jet Li first cut his teeth on the decks in the late 80’s mixing Reggae, Hip Hop & Hardcore in his remote island of Valentia, off the West of Ireland. His first introduction into drum and bass and jungle came in the early 90s’s when he moved to Manchester. Returning to Ireland he began promoting drum & bass nights and by 2002 envisioned the hugely successful drum & bass festival, ‘Jungle Republic’, the first of its kind in Ireland, which he co-promoted with Dj Source & Bassbin Records. His first production surfaced in 2004 for BBC 1xtra’s, ‘Xtrabass Compilation’. More followed on Nu Urban and he continued releasing on, ‘phase2recordings’ which featured a track from Calibre.

Jet Li & Calibre come from opposite ends of Ireland. Their love of Drum & Bass would have them meet often and their friendship grew. Having played alongside each other over the years in Ireland & Europe, their mutual appreciation led to them collaborating in 2016, ending in the completion of 6 tunes.