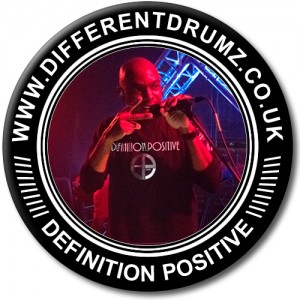 After broad exposure to Jazz, Salsa, and R&B growing up, Donahue Holland aka ‘Definition Positive’ learned to appreciate the deeper side of some of these genres, and how it affects and drives emotion. His passion for music and mixing exploded in the Los Angeles rave scene during the mid 90’s, nurturing this new love for electronic music. Once experiencing Drum and Bass, he shifted gears permanently; realizing that this style was the missing part of his ‘musical soul.’

Now host of the weekly radio show ‘Atmospheriq Tides’ live here on Different Drumz, and resident artist at JUICE! Drum and Bass nights in Portland, Def Pos delivers soulful grooves and funky baselines with a level of quality and sound not to be missed.